09 Apr Florida Keys and the Everglades

We arrived back from our sailing adventure in the Caribbean for an overnight stay on St Martin (no flight out until next day) before flying out to Miami. We picked up a car at Miami airport and drove down to Homestead in Florida, a nice central point between the Keys and the Everglades, which were our two “must sees”.

Once again we had a great AirBnB experience, 4 nights with hosts Ester and Al. We’ve stayed at a lot of AirBnBs, from luxury to crikey, but only sometimes sharing with hosts in their home. Ester and Al were great; really relaxed and welcoming, and totally cool hanging out with us whether cooking in the kitchen or at the barbecue, or just sitting enjoying drinks on their big paved patio overlooking the lake. They were equally happy just letting us do our own thing. Honestly we really enjoyed them and their lovely home in such a quiet residential area. 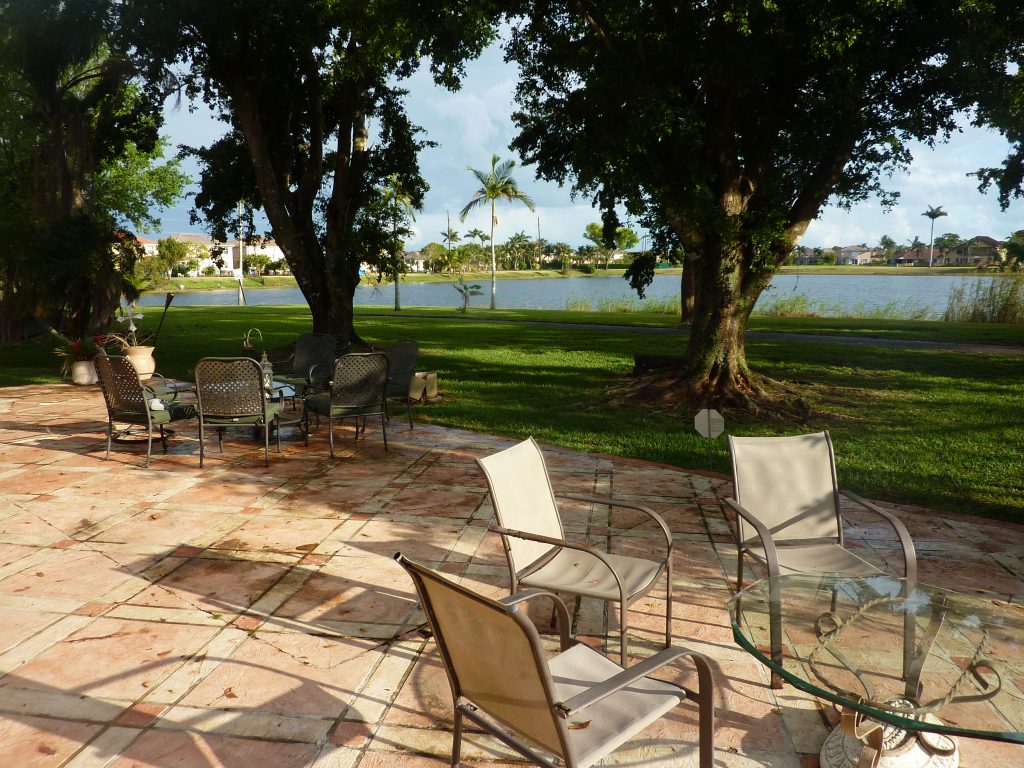 Arriving late the first night, we let ourselves in and just crashed. The next day was a full day driving the length of the Keys to Key West. There’s been a lot of damage due to Cyclone Irma, but cleanup and reconstruction is in full swing and most areas look pretty good. We enjoyed the drive and the scenery but it’s not something we’d do again. The traffic was painful. In Key West, we couldn’t even get a park anywhere near the port and just turned around and drove back.

Day 3 was the Everglades and that’s something we’d recommend wholeheartedly. The airboat ride was a hoot (drifting sideways through saw-grass) and we saw alligators, turtles and birds, as well as really interesting plant life. Our guide was informative and good-natured about all our questions and at the end of the tour we got to hold a baby alligator, which was surprisingly soft and cuddly. 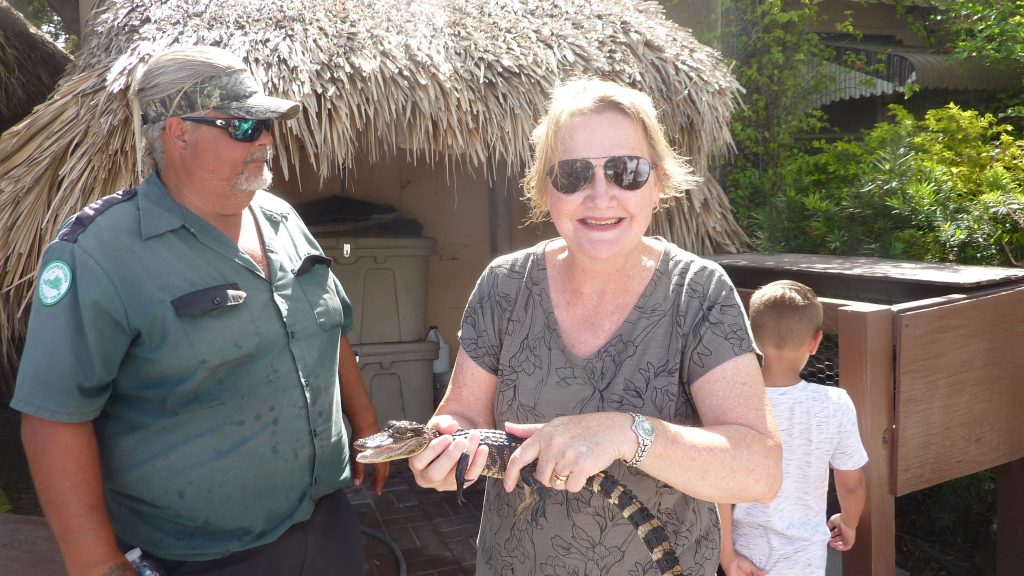 Got very lucky catching an alligator in action hunting: 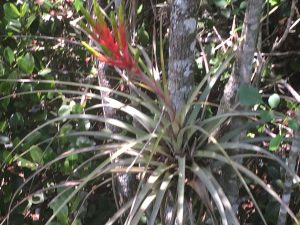 We did a big road trip around the Everglades which included a couple of boardwalks through very interesting forest areas. As we’re bromeliad enthusiasts, we got quite excited about the massive amount of flowering bromeliads growing wild.

Leaving Florida, we drove to the airport via South Beach, lunching at Monty’s. GPS made things very easy.

Our overall impressions of Florida were not really favourable as the city of Miami and the trip to the Keys were choked with traffic, there being no effective metro train system for a city of over 5 million people. In going from end to end of the Keys, we literally spent a whole day in choked traffic.

The best thing about the Keys was the bridges between the unattractive islands. It’s not just that there’s some devastation because of cyclone Irma, it’s that it seems the whole focus of residents is on the water (understandably) and it’s as if buildings and land-based beauty come a distant last.

We would definitely recommend a trip to the Everglades region because it’s not only stunning but also incredibly interesting, but probably it would be better doing swamp tours around New Orleans and give Florida a miss.